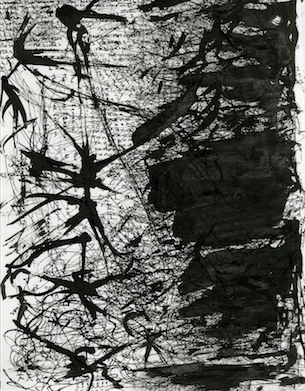 1.
In some ways, Thomas Jefferson finds death more appealing than life. Nothing he does matters anymore, and so he is able to lose himself more completely in the moment. Now he is lost in the emerald translucency of locust leaves in dawn light. Now in a cloud of indigo butterflies fluttering over meadow grass. And now his heart is broken by the contest between joy and despair in every note of birdsong. Birds have three springs inside their heads, and seven cogs, and are not actually capable of choice, and yet, all day, every day, they sing of joy's inability to outlast despair. There is something in this that Thomas Jefferson finds unspeakably beautiful.

…When I was a very young child, the fact of slavery—my own enslavement and that of everyone I knew well and loved—was a sort of deadness beyond the world in which I believed myself to live. Before the age of six or seven, I don't think I even knew we were slaves. In part, this was because we were called "servants" and "laborers" by the Jeffersons, and those were the words that we ourselves used. I can't recall ever hearing my mother refer to herself or to any member of our family by the term "slave." Also, I never lacked for food. I lived in a solid cabin that was kept warm in the winter by a stone fireplace, and for much of my childhood, I was able to wander about Monticello as freely as a dog. This seemed a good and ordinary life to me—nothing like "slavery," at least insofar as that word had any meaning for me at all.

I lived with my mother and three of my siblings (I was the youngest) just across the lawn from the great house, and our closest neighbors on the mountaintop, apart from the Jeffersons, were house servants, craftsmen and mechanics—most of them my siblings and cousins. My mother was immensely proud of our family's elevated standing, and said that we had achieved it because we were smart, hard-working, and we knew "how to get along." By contrast, she had nothing but contempt for what she called "ignorant," or "no-account niggers." I grew up equating these people almost exclusively with the field  laborers, who lived down the hill from us, and who those days, mainly picked tobacco on the hilltops a quarter mile and more to the east of the great house.

As a child I had little understanding of how much harder the laborers worked than did my mother or any of the other skilled servants among whom I lived, and so whenever I happened upon them being marched along the roads at sunrise and sunset. I tended to see their filthy clothing, their lowered heads and sullen expressions as manifestations of their fundamental character, rather than of their exhaustion and their bitterness at the injustice of their lot. I was curious about these people, and especially about their children, who seemed louder, tougher and more daring than the children who lived near the great house, but I was also afraid of them, and kept my distance. At night, when we would hear the laughter and songs, and sometimes the screams and angry bellowing that would come up the hill from the field laborers' cabins, my mother would mutter, "heathen savages," and offer a prayer of thanks to Jesus for having saved her.

Like most small children, I never doubted that what my mother told me was the truth, and so I shared both her pride and her disdain. If I had imagined that anyone at Monticello might have been slaves, it would have been the field laborers, but certainly not us. I considered myself lucky to have been born into a family of such intelligent and industrious men and women, and to be leading what I could only believe was a good life. When my mother told me to get down on my knees and thank Jesus, the gratitude I offered up was sincere. And yet, from a very early age, a small part of me knew—or rather felt, for I could not allow myself to truly know—that my good and fortunate life was not what it seemed.

When I was five or six, a circus came to Charlottesville and my mother decided to take me to it on a Sunday—her day off from her duties as Mrs. Jefferson's body servant. Everyone was talking about the circus' dancing bear and trick riders, but I was most eager to see the acrobats, who, from my mother's description, I thought could actually fly, and so must have had wings like angels. I was also very excited because my mother dressed me in my favorite gown, which was dark blue with red trim on the hems of the sleeves and skirt. It had been passed down to me from my sisters Thenia and Critta, but it had originally belonged to Mrs. Jefferson when she was a girl. We were in the kitchen of the great house getting some water and bread to take with us on the ride into town when Mrs. Jefferson suddenly appeared. I all but ran up to her, hoping that she would notice that I was wearing her gown.

"Ah, Betty!" she said, not even giving me a glance. "I've been looking for you all over. I need your help."

My mother put her hand on my shoulder. "But I'm taking Sally to the circus."

Mrs. Jefferson seemed to notice me for the first time, and gave me a curt smile, before speaking to my mother in a firm voice. "I'm sorry; I'm afraid this is an emergency, and there won't be time for that."

My mother darted her eyes at me, and for an instant she looked shocked, as if she had just been slapped—but in the next instant, she shook my shoulder, her face gnarled with irritation, and said firmly, "You be good, baby girl!" She followed Mrs. Jefferson out of the room, as if the whole idea that she and I might have gone to the circus had been my own foolish fancy.

This was the moment when I had my first intimation that my proud and strong mother was afraid of Mrs. Jefferson—a woman whom I had always thought of as elegant and kindly. And as that stunning realization dilated within my consciousness, my mother's fear instantly became connected to dozens of other odd events, many of them ordinary (a grimace turning into a smile, a heavy sigh followed by a cheerful "I'm coming!") and a few so troubling that they seemed inscribed with fire upon my brain (the time my sister Mary, who was already a grown woman when I was born, cried out and clutched my mother's arm when she saw Mr. Corbet, one of the overseers, walking toward her, and then calmly let him lead her away; or the night my mother's friend Johnny sat in the corner of our cabin, speechless, his face like stone, his eyes fixed on something invisible). All of these events seemed to be instances of adults not allowing themselves to admit to plain, if very troubling facts. Even as I stood in that kitchen after my mother had gone, I experienced another such evasion, though a far more modest one: Ursula crouched beside me and said, "Don't worry, honey pie; that circus isn't any fun anyway!"

All of these recognitions came together in a mind too young to make sense of them, but I do believe that they were the origin of an unsettling feeling or vision with which I became afflicted not long afterward. Night after night throughout my childhood, as I lay upon the verge of sleep, the events of my day—conversations, squabbles, games and chores—would come back to me, but seem to be surrounded by something that I came to think of as "the deadness." I didn't have a clear conception of the deadness, except that it was bleak, dark and profoundly frightening. And in its shadow, all the events of my day, which had seemed so implacably real as they were happening, would become thin and pale—a pathetic charade. There were nights when the deadness was so all-encompassing that I would writhe in panic, feeling I could not take enough air into my lungs, and wanting desperately to escape….

3.
Thomas Jefferson is an ape. He lumbers apelike through the Great Ape House, mostly on his hand-like feet, but sometimes on the knuckles of his actual hands. His knuckles are particularly effective whenever he wants to pivot, or to swing his feet through empty space. They turn his body into a projectile. They transform his great weight into force.

Thomas Jefferson disdains his fellow apes, but, at the same time, depends upon them: for nitpicking, for consolation during his Ape House jitters, and for the delights of intimate union. He is the biggest of all the Great Apes, and so he is always first in line when the lesser apes come through the rectangle with the food bucket. And, if he should miss the bucket because he is napping, he just takes the food of any ape he chooses. Ditto their mates. He sees nothing wrong with this state of affairs, and neither, apparently, do any of the other Great Apes. They don't like giving up their food, of course, or their mates. And sometimes the mates seem to take less delight in intimate union than Thomas Jefferson does. But that is not the same as wrong. There is nothing any of the other Great Apes can do to stop Thomas Jefferson, and so there is nothing to be gained by thinking he is wrong. In general, Great Apes are much more interested in harmony than wrong or right. When Thomas Jefferson is happy, everyone is happy. He will leave them the food he doesn't want. Ditto the mates. He will even nitpick. And when it comes to Ape House jitters, there can be no greater consolation than Thomas Jefferson's gigantic embrace. This is harmony. And as long as no one thinks Thomas Jefferson is wrong, the harmony is total. Or as close to total as anyone can imagine.

But that's not the real strange thing.

The real strange thing is that within the darkness of what once was his duplicate, Thomas Jefferson can see moving things. And when he gets to the end of his log, and to that place where he ought to have been able to wrestle with his duplicate, and throw him into the gulf, the air suddenly becomes hard—so hard he cannot even touch his duplicate, or put one toe onto the duplicate log. But now he can see the moving things clearly. At first he thinks they are spots, like the spots that dent his vision when he rubs his eyes, or when he stares at the milky lights too long. But then he sees that the spots are apes. Or they are apelike.

In fact, they are lesser apes.

And as he presses his face hard against the hard air, some of the lesser apes are leaping in fear. And some of them are baring their teeth. And pointing. They seem to be making noises. Maybe he can hear them. A muffled honking. A hooting. There are so many of them. Not just three.  Many. Many. More than all of the Great Apes. A lot more.

There is something about this that should not be. Something disharmonious—even, perhaps, wrong. Thomas Jefferson bellows. He pounds on the hard air. He is waiting for everything to go back to the way it was. To the way it should be.