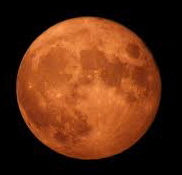 Third Posting in My Much Neglected Blog

Tags: writing, Unconscious, Ziggurat, Hemings, Jefferson
I delivered the following talk about the role of the unconscious in my writing at Johns Hopkins on February 4, 2013. I began my presentation by reading parts of two works of fiction. The first was “Ziggurat,” a version of which was published in the New Yorker in 2009. Here is a link: http://www.newyorker.com/fiction/features/2009/06/29/090629fi_fiction_oconnor
The second was an unpublished excerpt from my novel-in-progress, HUMAN EVENTS. Here is the first paragraph:

“A drizzle grays the air when Thomas Jefferson and Sally Hemings visit the Museum of Miscegenation. They approach the columned and domed marble edifice (which Thomas Jefferson cannot help but notice is in the Palladian style) along an avenue of plane trees, all-but-invisible droplets drifting between bare branches tipped with the tiny lettuces of just-bursting buds. The drizzle coats the square cobbles like breath upon a mirror, and Sally Hemings, wearing leather-soled shoes, finds the footing so slippery she has to cling to Thomas Jefferson’s arm until they are inside the museum.”

I am going to talk about the role of the unconscious in my writing, and in my writing career. But I should probably start by telling you two things.

The first is that I am the son of a psychoanalyst. People have often asked me if my father psychoanalyzed me when I was a kid—a possibility that would have horrified him, I suspect, as much as it does me. While I never lay on a couch and told my father my troubles, I did grow up in a house where it was a truism that people rarely said or did what they thought they were saying or doing, and that my real self—especially in regard to my fears and desires—was and would always be something of a mystery to me. I grew up thinking less that I was the captain of my self than a passenger, or even a stowaway.  Read More